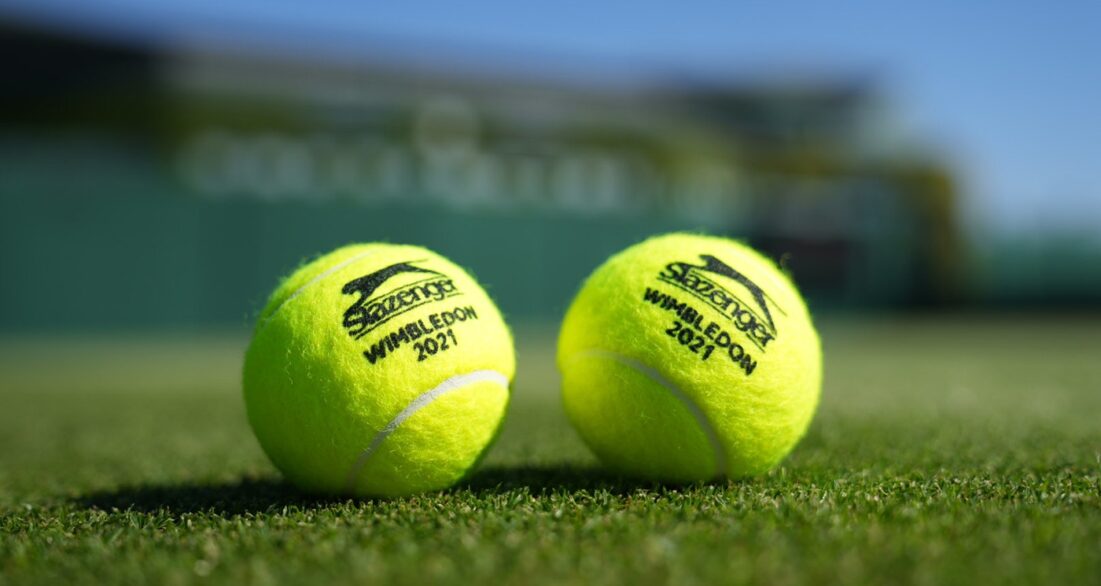 As the 2020-2021 tennis season continues, we now move on to the grass courts to find our next slam winner. Wimbledon 2021 will be a tournament coveted by all, and only won by one. Taking place in the sunny gaze of Wimbledon, UK, the grass grand slam is one of the world’s most prestigious tourneys. Reflecting elegance and class, the all white attire and sleek grass courts make for some eye-pleasing tennis. The legend of Roger Federer has graced this slam history for the past 20 years. The king of grass as many like to call him, however, is limping into this tournament with a very turbulent season so far. This opens the tournament up to everyone and anyone willing to get involved. Grass is a surface that involves different tricks and switches. Once a player gets used to the speed of the bounce, as well as rotations, they will get more comfortable. There are a large pool of players that have a great shot to make a run this year, and Nadal’s withdraw from the championship, only deepens the battle.

There’s not a lot to say about the overwhelming favorite of this grass slam, and that’s Novak “Nole” Djokovic. The Serbian powerhouse has been nothing short of spectacular throughout this season. Wanting to add to his Complete Year Grand Slam hopes with Wimbledon, there is no stopping one of the greats in the sport. His ever-growing list of accolades has become reality in the past few years. Novak boasts an all-court game, with an ability to throw off even the most locked-in of opponents. On Grass, Novak takes his game to another level, and it has been shown in the 2018 and 2019 finals. Nole has a slice, a serve, a forehand, a backhand, and most of all the mentality of a lion. Very few things can break him down, and his ability to remain mentally tough through it all, makes him a difficult boss to beat.

Alexander “Sascha” Zverev is one of the game’s most talented individual players. Possessing a huge serve, and one of the best backhands in the business, Zverev always has a chance vs any opponent he faces. His struggles however, are more apparent on the mental side of things. Known for being a double-fault machine in pressure moments, Zverev has had multiple shortcomings hold him back from competing more consistently for slam titles. New and Improved Sascha however, has shown signs of promise. On this surface especially, Zverev will look to take his game to opponents, and dominate from both the service line and baseline.

Marin Cilic and his overall all-around game scream grass courts. The heavy serve, flat hitting off of both wings, and neat net game, all are powerful weapons on a surface such as grass. Demonstrating that he is not done just yet in ATP Stuttgart, Cilic is a powerful presence on the grass courts. If opponents start to take him lightly, he will light up the scoreboard with winners and aces. An aging, but potentially sleeper pick in Marin Cilic could bring you to riches!

All your Wimbledon and Tennis Betting needs are back on Stake.com! Make sure to use your outrights markets to your advantage, and bet your picks.